Human endocrine system is composed of a large number of smaller or larger components, called glands that are assigned the task of releasing vital hormones for the targets areas in the body. Let us go through a brief description of the major endocrine organs, as presented below:

This small organ can be located just beneath the base of the brain, directly above a cavity, called sphenoid sinus, and between the two frontal lobes. Owing to the fact that all other endocrine glands come directly under the control of the pituitary, this gland is also sometimes called the ‘master gland’. After receiving the message for the need of a particular hormone, its job is to secrete the required hormone itself or to produce a substance that will trigger the production of that regulatory compound. Different hormones secreted by the anterior lobe of the pituitary include somatotropin, thyrotropic hormone, ACTH, follicle stimulating hormone, prolactin and luteinizing hormone. On the other hand, oxytocin and vasopressin are the hormones which are secreted by the posterior lobe of the pituitary. 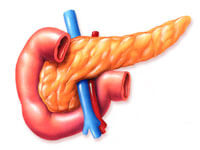 Located behind the stomach in the rear of the abdominal cavity, pancreas has certain specialized cells that carry out the production of two very important hormones, named as insulin and glucagon. Both of these regulatory substances are needed by the human body for the stable maintenance of the blood sugar levels. With the action of insulin, the sugar level in the blood stream is decreased, as glucose gets utilized by the body cells for the extraction of the potential energy stored therein. The action of insulin is balanced by that of glucagon hormone, where the later stimulates the liver for the release of its stored sugar into the blood, thus bringing an increase in the blood sugar level. Regarding its role in the mechanism of digestion, the nonendocrine pancreatic cells produce specialized biochemical substances, called enzymes, which are secreted directly into the small intestine via ducts. These biological catalysts (enzyme) carry out the breakdown of carbohydrates, proteins and lipids in the intestine during digestion. On the basis of this duality in the functioning of pancreas, it is considered to be the organ of both the endocrine as well as exocrine systems. 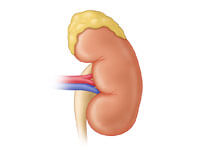 Each of the pair of adrenal glands lies above a kidney, and has two distinct parts cortex and medulla. Cortex is the outer layer, secreting steroid hormones, whereas medulla in the inner part that produces epinephrine and norepinephrine. Regarding their role, these glands are responsible for the normal body functions, such as reproduction, reaction to stress and maintenance of the fluid balance. The steroid hormones, produced by the adrenal glands, are of more than 30 types and serve to regulate a wide array of processes throughout the body. To cope with the stress, the adrenal hormones, i.e. epinephrine and norepinephrine, cause changes in the heart beat rate, blood pressure, and the blood glucose level.

The male and female sex organs can easily be distinguished from each other on the basis of their structure and function. The glands associated with these sex organs are concerned with the production of reproductive hormones and are named as testes and ovaries in the men and women, respectively. The testes are oval shaped sex organs and are enclosed by a pouch of skin behind the penis, called scrotum. Besides producing sperms, the testes also synthesize male sex hormones that govern the male secondary sexual characteristics, including the growth of hair on the face. Located in the pelvic region, the ovaries produce the hormones progesterone and estrogen that collectively govern the process of ovulation as well as female secondary sex characteristics, such as the development of breast. 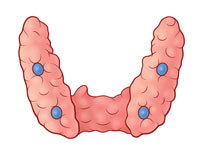 A graduate in biological sciences and a PhD scholar (NCBA&E University, Lahore), M. Isaac combines his vast experience with a keen and critical eye to create practical and inherently engaging content on the human body. His background as a researcher and instructor at a secondary school enables him to best understand the needs of the beginner level learners and the amateur readers and educate them about how their body works, and how they can adopt a healthier lifestyle.